3C means Calamansi, Candlenuts, and Coriander. 1S means Shallot. These pictures might help some people who don’t know the Indonesian or English name for these ingredients.

Let’s take a look calamansi! It might not be popular for Indonesians who live in the Western islands of Indonesia. This citrus is very popular in Manadonese culinary. It makes sense if this citrus also popular in Filipino’s culinary. As you can see on the map that geographically Manadonese is an ethnic group who live in North Sulawesi, that is very close to the Philippines. You might have a better view of calamansi if you take a look to my previous calamansi post on this link. 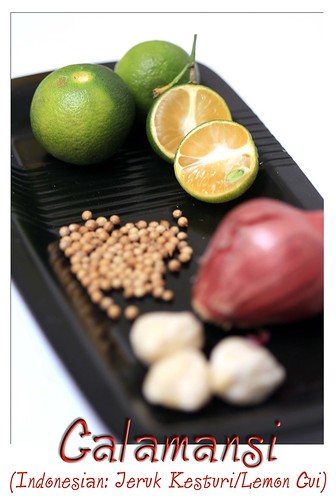 I have posted candlenuts before, you might be interesting to read the explanation on this link. Candlenut is very popular ingredient in Indonesian culinary, usually it is added to give the flavor as well as a thickener, such as Indonesian curries and sambals. Candlenuts is an Indonesian waxy nut that looks similar to a large hazelnut. 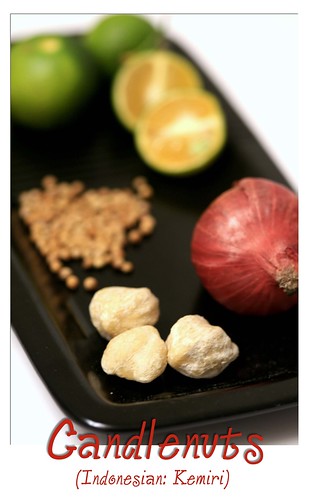 This post is my entry for Weekend Herb Blogging (WHB) #130, hosted by Margot of Coffee and Vanilla. I have used calamansi as my entry on WHB #112 too. 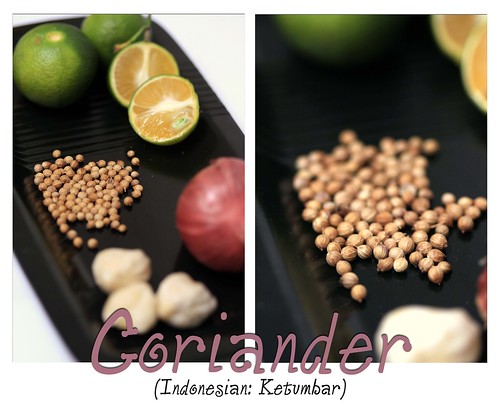 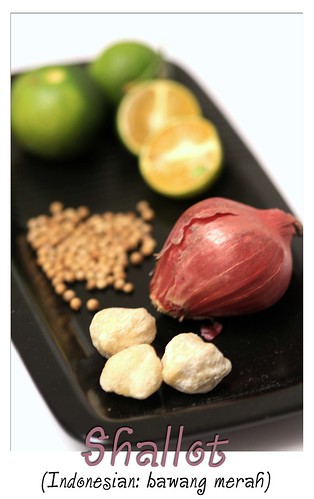 In this recipe, I did cheat on my sambals. I used sambal terasi from Kokita and for my sambal kecap, I just added calamansi squeezed and more shallot slices into sambal kecap Kokita. 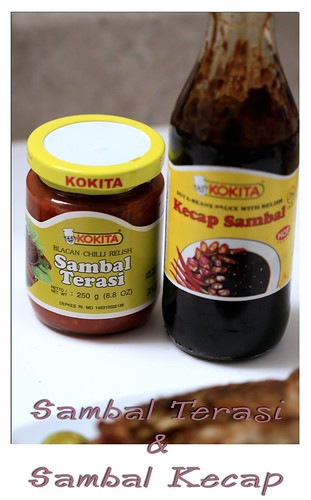 I often have a hard time to capture fish dish. So, I’m not quite satisfied with the fish pictures. 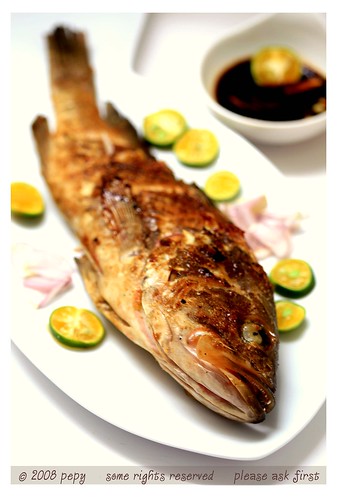 Ingredients:
500 g cleaned and scaled whole grouper
5 calamansis (or more for your sambal kecap)
3 candlenuts
2-3 shallots
2 tbsp coriander seed
2 tbsp kecap manis (if you like sweeter you can add more)
salt as desired 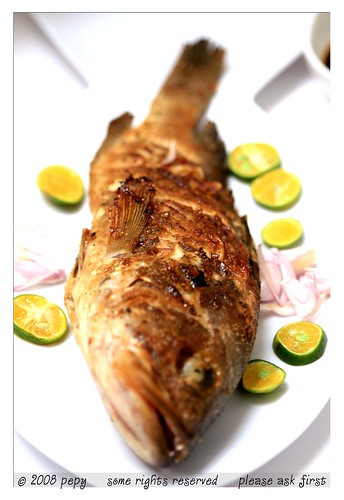 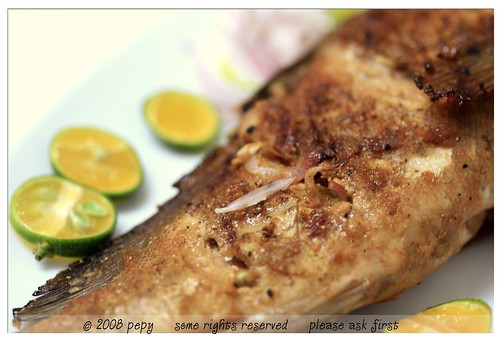 Directions:
1. Process candlenuts, shallot and coriander in a spice grinder/food processor until smooth. Mix with kecap manis, now your spice mixture is ready.

2. Rinse off grouper under running water.

3. Using a sharp knife, cut 4 diagonal 1-inch deep slits on each side of the fish. Cut slightly deeper toward the back fin of the fish. The slits will allows the seasoning to penetrate better and help fish to cook more evenly throughout.

4. Season outside with calamansi juice and salt. Fill the inside of the fish with spice mixture. If possible, leave the fish to marinate for several hours to improve the flavour.

5. Brush with a small amount of oil, place on charcoal grill and cook over medium heat. In this case, I used a cast iron grill. 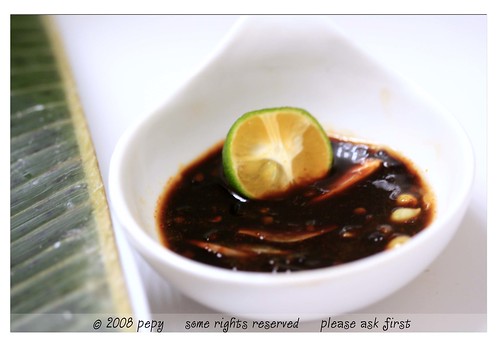