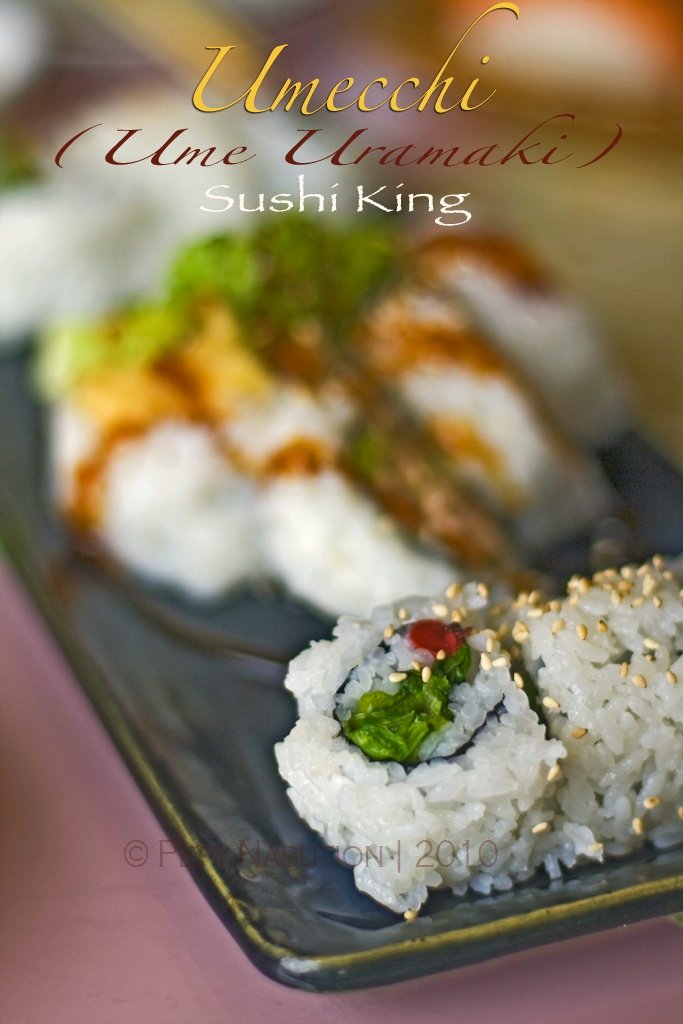 Since we barely pass by this area, we never knew this new sushi restaurant, Sushi King. From St. Vital Centre, we decided to eat at Sushi King. I felt in love with the interior design. It’s very Easter colour and modern.

When I saw the chef, I was quite surprised. I noticed it was the same guy who worked at Sushi Train on Pembina.

After posting the photos on my Facebook, a friend who used to work close to this area told me that he was the one who worked at Sushi Train. Now, he owns this Sushi King.

Most of Sushi restaurants in town have similarity in menu. Sushi King has one menu that I haven’t seen before, Umecchi (above picture). Umecchi is a sushi roll with Umeboshi and Spinach.

Umeboshi is a pickled ume fruits common in Japan. Ume (Prunus mume) is a species of fruit-bearing tree in the genus Prunus, which is often called a plum but is actually more closely related to the apricot.

From my opinion, the miso soup isn’t as good as other Japanese restaurants serve. It’s too watery. Other foods are ok, but it’s not the best I’ve ever had. Overall, this place has unique design with their special menu that keeps changing. I was a bit disappointed that Sushi King doesn’t have takoyaki, but I was happy with their Sunomono Salad with choices of crabmeat, shrimp, octopus. I picked crabmeat for my salad. 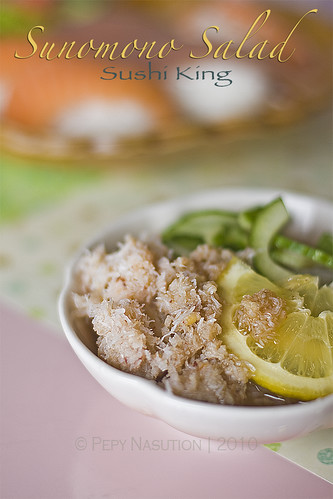 To see more menu, you can visit Sushi King website.