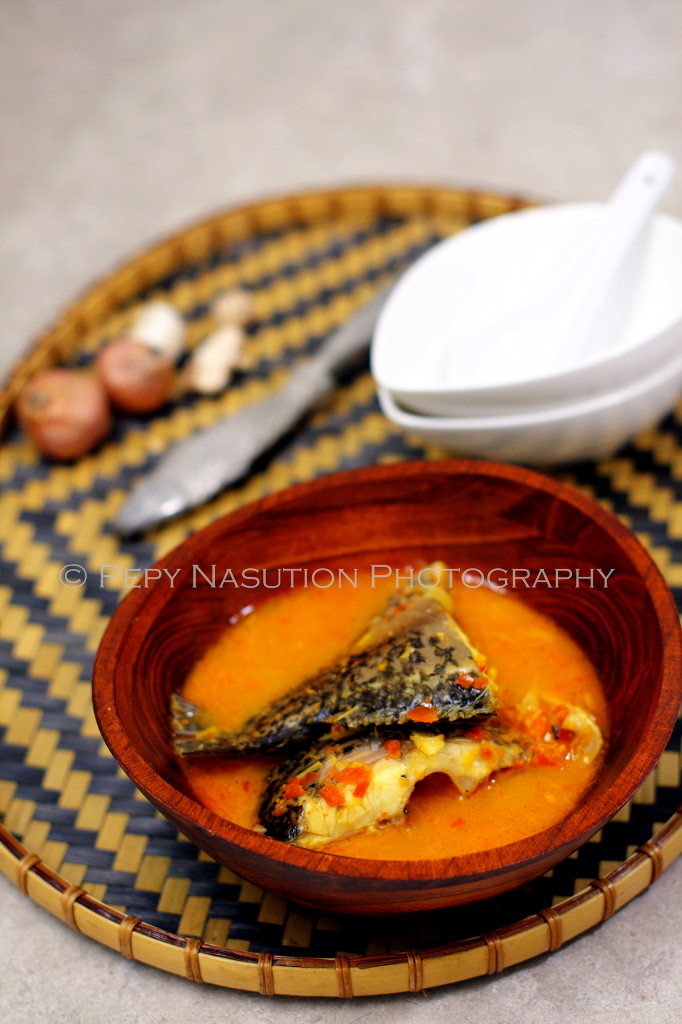 Well, I left my blog for a month. First and foremost, I was sick for almost two weeks. I was attacked by a bad virus. Plus, I had to catch up with my work after I got back to the office. Hence, I kept postponing to write my blog since I was a bit busy.

If you see my flickr, you may notice that I put all pictures on hold until I have time to do some write-ups here.

Now, we are going to talk about Sup Ikan Nila Kuah Pedas. It can be translated as Hot and Sour Tilapia Soup. According to the recipe’s source, Indonesian Muslim Women Magazine “Noor” that was tested and published on Asri’s blog, this recipe is originally from Lombok is an island in West Nusa Tenggara province, Indonesia. It is part of the chain of the Lesser Sunda Islands, with the Lombok Strait separating it from Bali to the west and the Alas Strait between it and Sumbawa to the east..

As a neigbour island of Bali, Lombok has everything what Bali has. If you love to go to Bali, you will love Lombok. The difference is much quieter than Bali.

Spices to grind into a paste:
6 cayenne peppers (they can be reduced to adjust your palate)
2 cm long turmeric
2 cm long ginger
2 cm kencur (known as kaempferia galanga, but some are labeled as lesser galanga*)
1 tbsp ground lemongrass (can be found at frozen section of Asian stores)
1 ½ tsp seasalt
a pinch of sugar

* lesser galanga and kaempferia galanga are technically two different root plant. However, because of the misunderstanding, people get confused.

Directions:
1. At medium-high heat, add oil in a skillet. Stir fry the paste, shallots, garlics, and Indonesian bay leaves until frangrant. Set aside.
2. In a pot, boil water to a boil. Add the stir fried mixture in.
3. Add fish and cook until done.
4. Combine sugar, salt and calamansi juice in a pot.
5. Re-cook until a small amount of water evaporates.
6. Remove form the heat, ready to plate and serve.