Indonesia is an archipelago country in South East Asia that consists of 18,000 islands and is occupied by 250 ethnic groups. Diversity in culture has influenced the world of pleasure for the culinary adventurer.

Throughout the history, Indonesia has been involved in trade due to its location and natural resources. Indonesia’s indigenous techniques and ingredients merge with influences from India, the Middle East, China and Europe. Spanish and Portuguese traders brought New World produce even before the Dutch came to colonize most of Indonesia. Indonesian island of Maluku is famed as “the Spice Island” also gave contribution on the introduction of native spices to Indonesian and global cuisine. 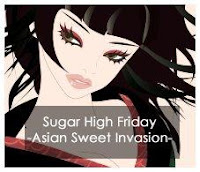 I know for those who live in Indonesia will not make traditional Indonesian snacks as they are cheaper to buy than make them. I sometimes crave for the snacks that I used to have when I was a kid, I should try to make by myself since I have been living away from my home country. 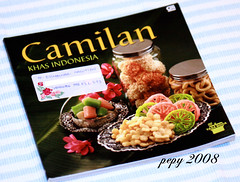 Thanks to Esti who is really generous to give this book, so I can make Telur Gabus, a sweet snack from sago palm flour. If I have to break down the words of Telur Gabus, it will sound weird. Telur means Egg and Gabus means Snakehead fish, literally translated snakehead fish eggs. I have no clue why they call telur gabus.

Due to my lacking ingredient, I had to substitute sago palm flour for arrowroot flour. Still taste as good as the sago ones. The white sugar covered telur gabus was made from white sugar and the brown one was made from coconut sugar (Indonesian: gula jawa/gula merah). You might wonder what coconut sugar is and how it looks like. Go and visit this link, where I have posted before. 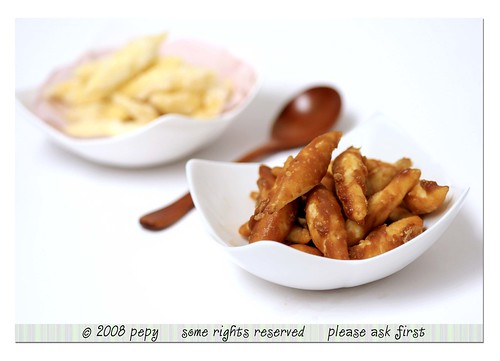 Telur Gabus
recipe by Yasaboga, modified by me

Tips:
To soften the coconut sugar, I usually put it in a microwave just until soft enough about 10 seconds

2. Take a small dough and with your palms, roll into a bird’s eye chili shape. Repeat this procedure until all dough done.

3. Add oil to a large skillet (keep the oil cold) and place in telur gabus. Turn on the stove to medium heat; fry (stirring constantly) until telur gabus’ is dried out. Drain. Divide into 2 parts, one part for the white sugar covered and the second part for the coconut sugar covered.

White Sugar Covered:
In a small saucepan, combine all ingredients to make the white sugar covered. Bring to a boil and let simmer until really thick. Add part 1 of fried telur gabus, stir evenly until all cover with sugar sauce. Remove from the heat and let them cool down. 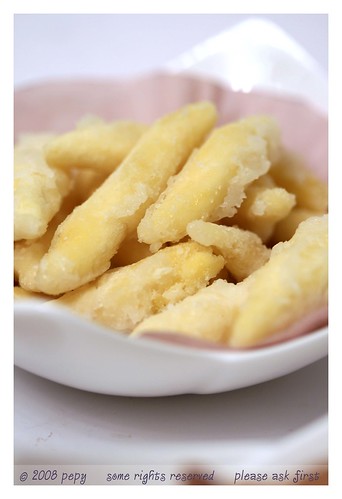 Coconut Sugar Covered:
In a small saucepan, combine all ingredients to make the coconut sugar sugar covered. Bring to a boil and let simmer until really thick. Add part 2 of fried telur gabus, stir evenly until all cover with sugar sauce. Remove from the heat and let them cool down. 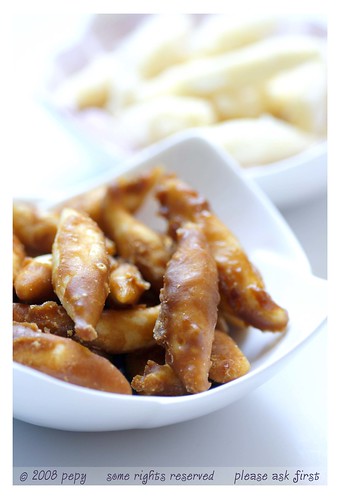