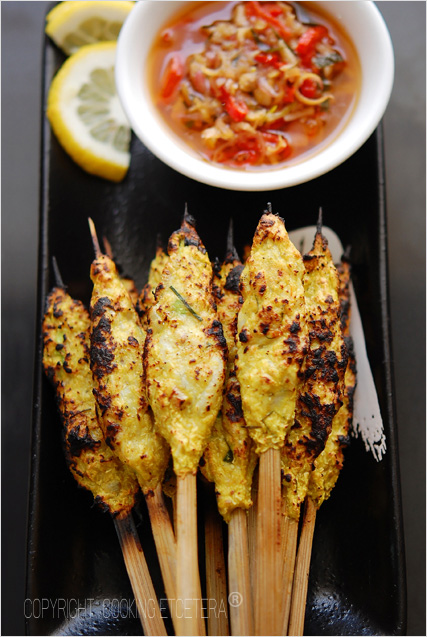 A number different varieties of SATE (and pronounced similar to its English of Satay) have been widely developed in almost all regions of Indonesia. Sate may have originated from Java, Indonesia with influenced from Arabic traders; however, it is also popular in Malaysia, Singapore, Thailand and Vietnam as well as the Netherlands which was through its former colonies.

For those people who only know Indonesian dish as far as nasi goreng, rendang and gado-gado, this is the time to learn how to make different types of sate from Indonesia, the home of Sate.
In collaboration with Bee of Rasa Malaysia, Dhi of Cooking Etcetera and I are the guest writers of “Highlight of Indonesian Cuisine” at Rasa Malaysia, and start with Indonesian Sate Series.
Please welcome Dhi of Cooking Etcetera with Sate Lilit Bali (Balinese Minced Seafood Sate) for the opening of Indonesian Sate Series. Please visit this link for the recipe.