Sandwich is always be my husband’s favorite. I tried to make a different style of sandwich. The idea was come from Ina Garten which I have modified lots.

Garten’s style sandwich:
1. has used balsamic vinegar to make roasted red peppers
2. has used goat cheese for spreading on
3. has used basil for assembling the sandwich

My style sandwich
1. has used nypa vinegar (cuka nipah palm) to make roasted peppers
2. has used guacamole and hummus for spreading on
3. has used baby spinach for assembling the sandwich

Same things that we have used, ciabatta bread and red onion slices.

So I can say that my sandwich is fusion style which is mixed Italian for the bread and roasted red peppers, South-East Asian for nypa vinegar, Mexican for guacamole and Middle East for hummus. 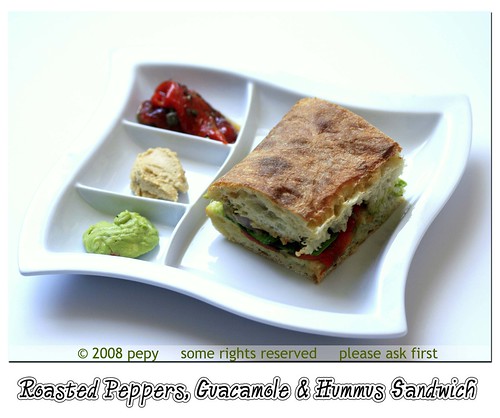 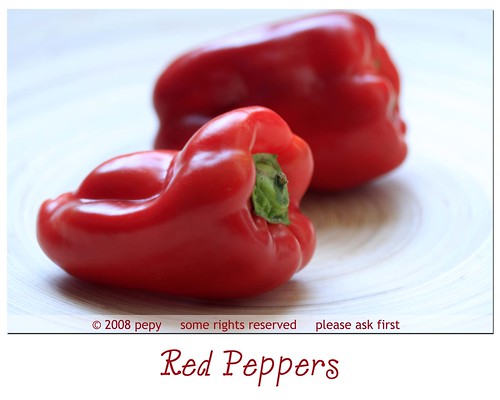 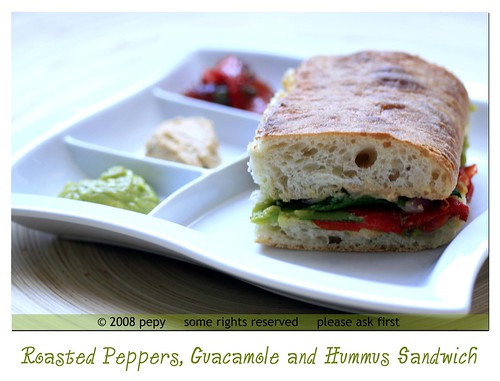 2. Place the whole peppers on a sheet pan and place in the oven for 30 to 40 minutes, until the skins are completely wrinkled and the peppers are charred, turning them twice during roasting. Remove the pan from the oven and immediately cover it tightly with aluminum foil. Set aside for 30 minutes, or until the peppers are cool enough to handle.

4. Remove the stem from each pepper and cut them in quarters. Remove the peels and seeds and place the peppers in a bowl along with any juices that have collected. Discard the stems, peels, and seeds. Pour the oil and vinegar mixture over the peppers. Stir in the capers. Cover with plastic wrap and refrigerate for a few hours to allow the flavors to blend. 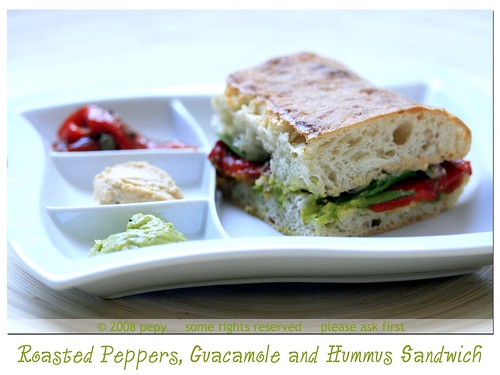