Upsss… I didn’t bring anything, but I had something share about. As I was inspired by Penne in Vegetable Marinara Sauce of Bellissimo Restaurant which we had on Sunday (July 13, 2008) at Winnipeg Folk Festival, I tried to make my own at home two days ago. At the festival, some restaurants had their booth to serve people who came to enjoy the music.

On the next picture, you will see a red long pepper. Whilst I was doing my grocery shopping at Superstore, I was curious with those red peppers. On the package, it was said “very sweet red pepper”. They were really sweet and taste just like bell pepper, sweeter that red bell pepper and have less seed. 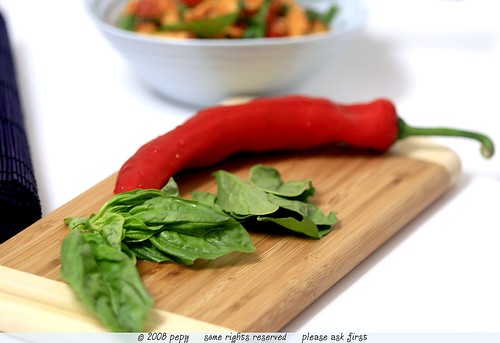 In this recipe, I used roasted garlic marinara sauce ready to use; in addition, I put garlic, basil, spinach and the new variant of red pepper. Please enjoy the photoset of Penne in Vegetable Marinara Sauce. 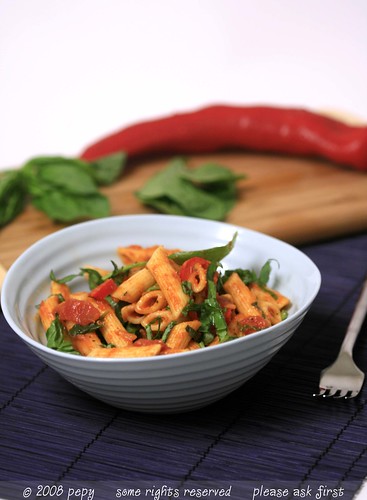 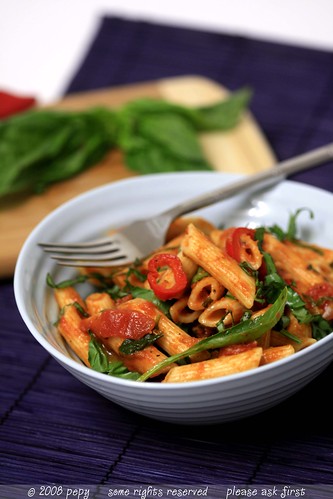 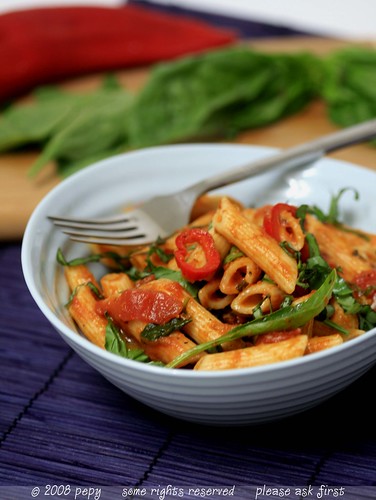 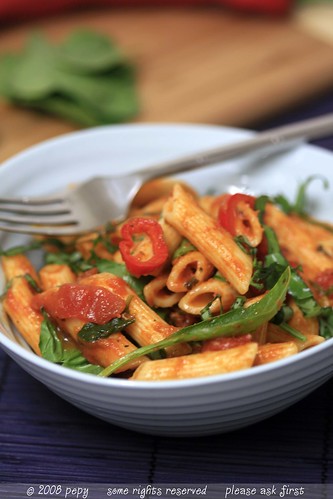 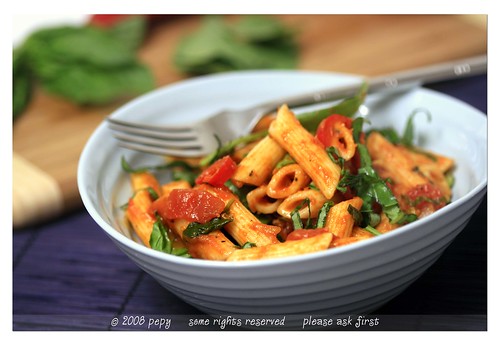