In Indonesia, there are two terms that refer to Chinese descendants, Peranakan and Totok*:

1. Peranakan is a term for people of Chinese descent who were born in Indonesia and have blended into the local culture. A peranakan usually has an Indonesian name and can’t speak Mandarin. However, it has been changing lately. I know ample younger generation of Peranakan go to school that is taught in three languages; Indonesian, English and Mandarin.

Back to our food discussion, tauco has many different varieties depend on the region. The city producers of tauco are Cirebon, Medan, Riau dan Cianjur. Medan’s Tauco is salty just like the fermented soybeans that I use in Canada. While people who grew up in Central Java will say that is not the tauco that they have. Tauco in Central Java has sweeter taste due to the coconut/palm sugar added.

Interestingly, I grew up in Java cities but I used to have Medan’s tauco, because my dad came from Medan. So, I accustomed to salty tauco. For those who live in Indonesia and want to try this recipe, I recommended to use Medan’s tauco. 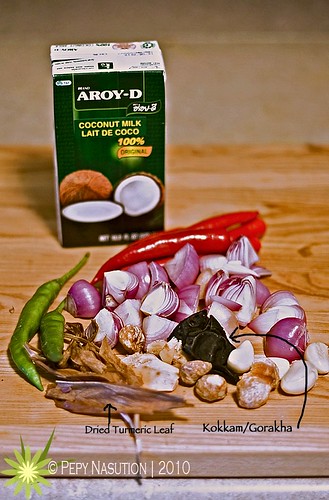 Notes:
– Thank you to the Jakarta Post for the article.

– The original recipe stated to deep fry the fish. I chose to broil it since it applied less oil and left a small mess in the kitchen. 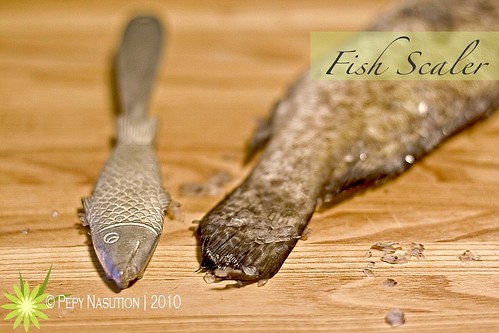 If it happens you don’t have to scale your fish, all I say lucky you!
When I bought a fish sometimes, the fish hasn’t scaled yet. At least, I don’t have to clean the innards