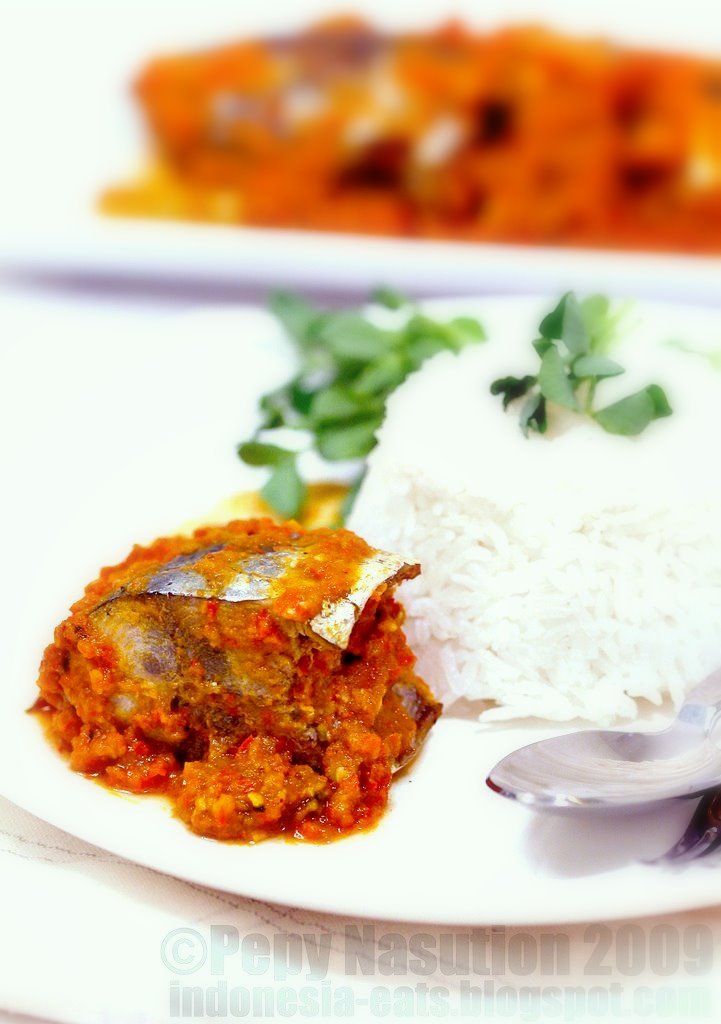 Disclaimer: Asam padeh tongkol comes with medium amount of reddish mixture liquid. Don’t do what I have done, mine was too dry. I left the kitchen and almost forgot with my cooking. 🙂

A whole of skipjack tuna (Indonesian: ikan tongkol) had been sitting in the fridge for a day. First time, before thawing it, I was thinking to make balado tongkol, the easy peasy food that I used to make if I don’t have lots time to cook. I came home from work and I changed my plan, but still didin’t know what to do. I made fish with rica (the Manado style) spices and another style with sambal dabu-dabu before. Googling is one of ways to get an idea and ended up at Uni Dewi Anwar’s blog, Kitchen Craft with Asam Padeh Tongkol.

With the richness of spice and bright red colour, asam padeh is one of typical Western Sumatran (Minangese) dishes that I relish. Thanks Uni. The recipe has the same taste as I had the last time while I was still at my parent’s house.

Asam kandis (Garcinia xanthochymus) and turmeric leaves are types of spices in Minangese dish. , If you don’t have any asam kandis, you can always substitute for by kokum or kokam (Garcinia indica) which is popular in Western India culinary. For some people who familiar with South India culinary such as Kerala, kodampuli (Garcinia gummi-gutta) can be used as substitution. Asam kandis, kokum/kokam, kodampuli Kokum or kokam Kokum are belong to the same family of Garcinia or mangoosteen family, so they can be used interchangeably.

Beside using asam kandis (asam keping), asam gelugur and asam cekala/patikala can be used for substitution as well.

Asam Padeh Tongkol
recipe by Dewi Anwar, modified by me

Directions:
1. Clean the stomach cavity, remove the gills and surrounding tissue. Cut into pieces. Drizzle calamnsi over and set aside.

2. In a medium-hight heat, stir fry non-grinding ingredients and paste spices until fragrant. Add water and cool until boiling and the liquid thicken.

3. Add skipjack tuna, reduce the heat to low and cook until fish done and the liquid has evaporated. Taste to perfection and remove from heat.