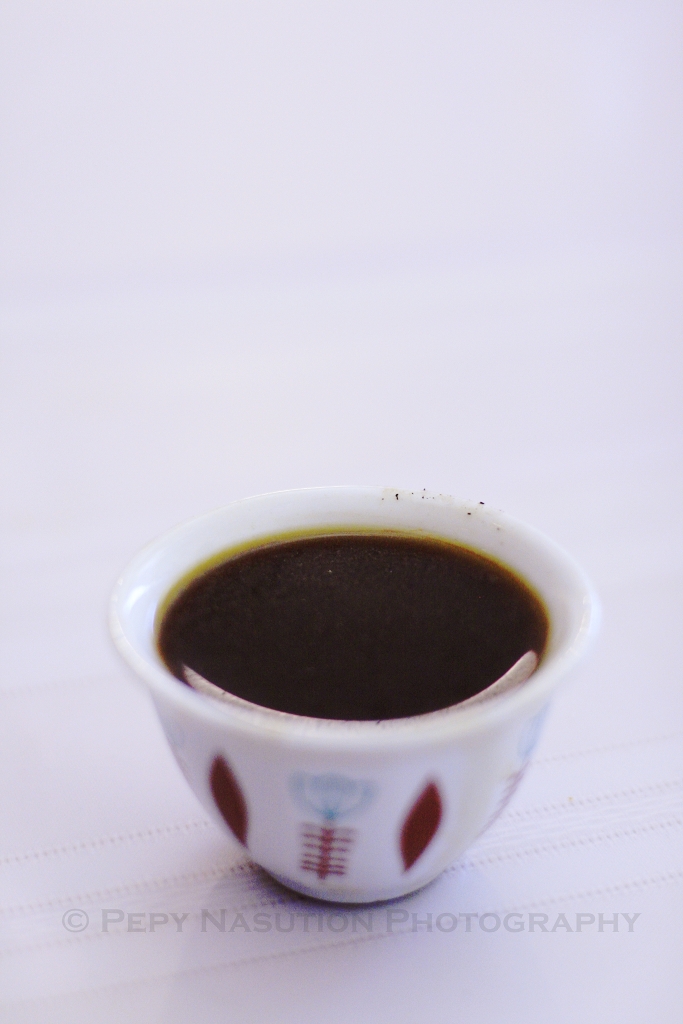 If you haven’t read the first part of this Ethiopian series, please go back to my previous post.

Before, I start the part 2 of Ethiopian series.  I’d like telling you that somebody who volunteered at the coupon table for this Ethiopian pavilion approached me with a question that I never got before.  The person asked me whether I speak Amharic.  Little did I know, it is the official working language in Ethiopia. Amharic is a Semetic language which is the second most-spoken Semitic language in the world, after Arabic.  I noticed when they were talking it’s very closed to Arabic. Then, I replied, no I don’t speak Amharic, but I know how to write and read Arabic without speaking and understanding the meaning :)).

Back to our topic, Ethiopia is also famous for its coffee ceremony.  It’s an integral part of their social and cultural life.  An invitation to attend a coffee ceremony is considered a mark of friendship or respect and is an excellent example of Ethiopian hospitality.  If you have any Ethiopian friends and invite you to join this coffee ceremony, say yes and go; don’t ever think twice.  Why? Performing the ceremony is almost obligatory in the presence of a visitor, whatever the time of day.

I suggested you to not be hurry.  This special ceremony can take a few hours, so sit back and enjoy because it is most definitely not instant.  It’s not very typical North American’s coffee on the go in the morning, eh.

I guarantee if you are a coffee lover or always curious about other people cultures, you will love this beautiful ceremony. Ethiopian homage to coffee is sometimes ornate.  The ceremony is usually conducted by one young woman, dressed in the traditional Ethiopian costume of a white dress with coloured woven borders. 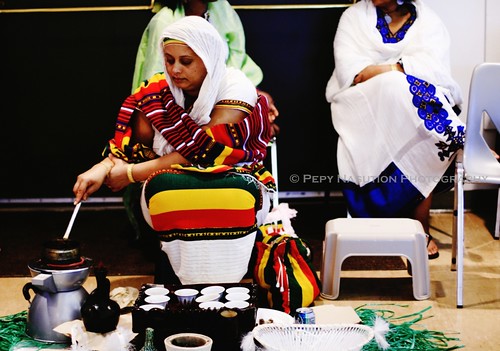 She began by burning incense to ward off evil spirits, and continued to burn incense throughout the ceremony.  Burning the incense that smell like kemenyan Javanese or dupa in Indonesian is also the traditional Javanese do for the same purpose as the Ethiopians.  Then, she filled a round-bottomed, black clay coffeepot or ‘Jebena‘ (pronounced: j-be-na) with water and places it over hot coals.

In Ethiopia, coffee is called ‘Bunna‘ (pronounced: boo-na).  The pungent smell mingling with the heady scent of incense was filling the room.  At this time most of your senses are being involved in the ceremony.  She gently washed a handful of green coffee beans on a heated long handled round pan. Holding the pan over hot coals or a small fire, she stired and shaked the husks and debris out of the beans until they are clean.  Once the beans were cleaned, she slowly roasted them in the pan she used to clean them. Roasting was done over a tiny charcoal stove. In this event, she used an electric portable stove for the safety purpose.  She would be shaking the roasting pan back and forth so the beans wouldn’t burn (this sounds like shaking coins in a tin can).  The coffee beans started to pop (sounds like popcorn) and the most memorable was the preparer took the roasted coffee and walked it around the room so the smell of freshly roasted coffee fills the air.  When I smelled the aroma of roasted coffee, I felt like this lady brought me to the old time memory. A memory of my childhood whenever I saw somebody roasted green coffee beans over the charcoal. 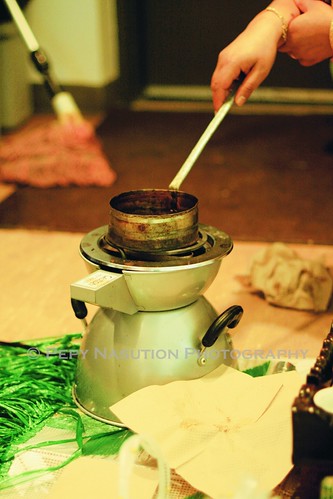 When the coffee beans had turned black and shining and the aromatic oil was coaxed out of them, they were ground by a tool similar to a mortar and pestle. The “mortar” is a small, heavy wooden bowl called a Mukecha (pronounced: moo-key-cha) and the “pestle” is a wooden or metal cylinder with a blunt end, called a Zenezena. 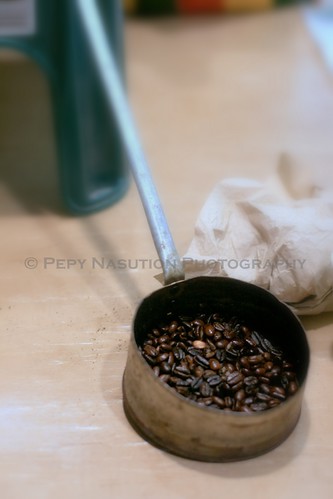 With these tools, she crushed the beans into a coarse ground.  By the time the beans are ground, the water in the jebena is typically ready for the coffee.  She removed a straw lid from the coffeepot and adds the just-ground coffee.  The mixture is brought to a boil and removed from heat. Again the boiling coffee aroma fills the room, once boiled the coffee is served in small cups called ‘Cini‘ (pronounced: si-ni) which are very small Chinese cups.

I love the classic looking of Rakkabot (pronouced: raa-kaa-bot) that she used.  Rakkabot is another name of tray in its local language.

Coffee is taken with plenty of sugar (or in the countryside, salt) but no milk.  Again, they made an adjustment by offering milk or cream at the event as most people here take their coffee with one of them.  I myself enjoyed the goodness of coffee, straight black.

Darnnn I want some more 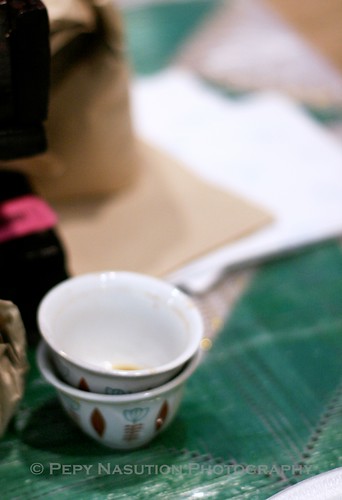