Beside Es Campur (iced mix), Es teler is another mix ice that Indonesians are fond of. The Westerners may think es teler as a cold dessert but the Indonesian categorizes it as a beverage 🙂

The basic es teler mainly uses avocado, jackfruit and young coconut meat. However many people add different things such as toddy palm (siwalan), attap fruit (kolang-kaling), agar-agar noodle, nata de coco, durian pulp etc; whatever you like the sky is the limit:). This es teler recipe is my interpretation of my favourite es teler Handayani which was sold mobile in its small food truck surround Surabaya area. As I recalled I like the taste of es teler Handayani than 77 that has more than 200 franchise outlets in Indonesia and has branched out to Singapore, Malaysia and Australia as well.

Even though, I have the access of fresh jackfruit but this time I used a can of jackfruit that I have bought a month ago. I also figured out the key of making es teler is the coconut pandan syrup. Indonesians love their cocopandan syrup and I still have a bottle of it in my pantry but I wanted to make my own by mixing coconut milk, coconut water, pandan leaves and sugar.

This post post is my participation for IDFB Challenge 3 (Indonesian Beverages) and might be better for those who live on the Southern hemisphere or in warmer regions however Winnipeg’s weather is warmer compare to last winter. Who cares having icy cold thing in the middle of February! 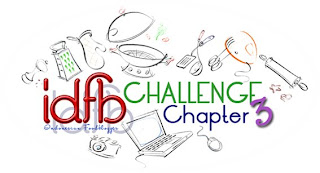